Israel is a heart of Christianity and Judaism. Being an important place for Muslims as well, it's not surprising that country attracts millions of pilgrims every year. Most of the visitors come to Jerusalem a sacred ancient city that attracts even non-religious people from all over the world.

Jerusalem one of the oldest cities of the world

The Holy City was built about 3000 B.C. and was destroyed at least twice during its long and difficult history. The oldest part of the city is divided onto 4 quarters: Jewish, Christian, Armenian and Muslim. If you come here, just have a walk in all of these quarters, enjoy the ancient architecture and try to find differences in lifestyle of these districts.

Most of the sights here are dedicated to religion. For those who don't like it should definitely visit Tower of David Museum to find out about city history, enjoy the panoramic view from Tayelet Haas Promenade or try some authentic food at the Eucalyptus restaurant.

The most popular destination for pilgrims

All tourists who come to see religious sites often visit:

At the days of big religious holidays like Easter the city is overcrowded with people who travel for thousands miles to see sacred places of their religion. For common visitors it's better to choose some other day to come, otherwise there won't be a chance to enjoy the beauty and feel the wisdom of ancient city.

But it's not only Jerusalem to attract tourists Tel-Aviv is the second most visited destination in Israel with 2,7 millions of tourists coming yearly. It is famous for its beaches and vibrant nightlife. For historic sites lovers there is an ancient city Jaffa, which is very popular among tourists.

Original prices suggested by the hotels and airlines Israel 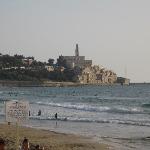 You feel like you are traveling through time as you wander along the ocean. I walked the area at 6:30 am and saw a beautiful sunrise as well as fisherman, setting up to head out fo next... r the day. More on TripAdvisor 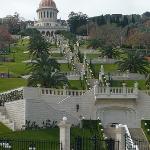 The gardens speak for themselves. Immaculate and beautifully presented. Not to much variety in the flora and fauna but what is there is all in bloom and looking wonderful. Make sur next... e you take the tour but dont ask to many demanding questions. Our tour More on TripAdvisor 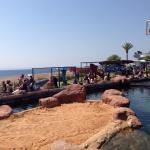 There are different pavilions where you can see fish from below ground. Especially liked the shark tank. next... More on TripAdvisor 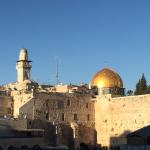 we like the city so much most this place was the best ever to be at in Jerusalem more than other places next... More on TripAdvisor