Venice, a big industrial and tourist centre in Italy, is situated on the Adriatic Sea coast. The historic part of the city is located on the islands, that’s why the trip to Venice is always unforgettable. The population of the city is relatively low (around 207 thousand people). During the tourist season the city is packed with tourists from different countries.

Historical facts about Venice for tourists

The first settlers on the territory of the modern city were the Veneto tribes, who gave the city its name. The city itself emerged in the second half of the VI century. Afterwards the doges were the rulers of the city. They were the governors of the provinces appointed by the emperor of Byzantine. There were 120 doges throughout the history of Venice. The last one repudiated in 1797.

Modern structure of the city dates back to the second half of the XI century. In ancient times the city was also protected by the defensive system.

After the fall of Constantinople in 1453 Venice flourished and everything went well. As the time passed the city lost its commercial and financial power until the time when Venice was captured by Napoleon.

Low budget vacation in modern Venice is a chance to spend a wonderful time, because nowadays it is one of the world’s most visited places with appropriate touristic infrastructure.

The main tourist attraction in the city is a gondola ride. There are some interesting facts about gondoliers. The number of them in the city is always the same – 425 gondoliers. It doesn’t matter if someone retires or there are newcomers. All the gondoliers are local people. There is only one female gondolier.

Thanks to the numerous canals there is nothing you can compare to the vacation in Venice. Water transportation is really popular in the city. Low budget vacation in Venice gives you also a chance to take a ride in the Mini Metro, buses and taxis.

The city has more than 400 bridges. This is a real record! Trips to Venice give you a chance to visit famous bridges. The most well-known bridges are the Bridge of Sighs, the Academy Bridge, the Straw Bridge, the Tre Archi Bridge, the Constitution Bridge, the “Bridge of the Barefoot”, the Rialto Bridge.

Last minute deals to Venice is an opportunity to learn more about local palaces. They are the Doge’s Palace, the Palazzo Grimanni, the Palazzo Barbaro, the Ca’d’Oro, the Palazzo Dandolo, the Fondaco dei Tedeschi and others. Low budget vacation packages include visits to many religious places, such as the St. Mark’s Basilica, the Church of St. Stephen, the Church of San Luca, the Basilica di Santa Maria Gloriosa dei Frari, the San Toma Church, the Basilica di Santa Maria della Salute and others.

Hot seasons are the best time to visit Venice. Last minute deals to Venice give you a chance to spend a great time without breaking your budget. One of the reasons to visit this city can be a local film festival that attracts international attention. It was founded in 1932.

Low budget vacation to Venice gives you a chance to visit the Venice Carnival. Moreover the prices won’t upset youif you visit our website!

Original prices suggested by the hotels and airlines in Venice 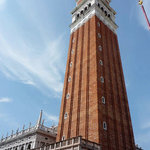